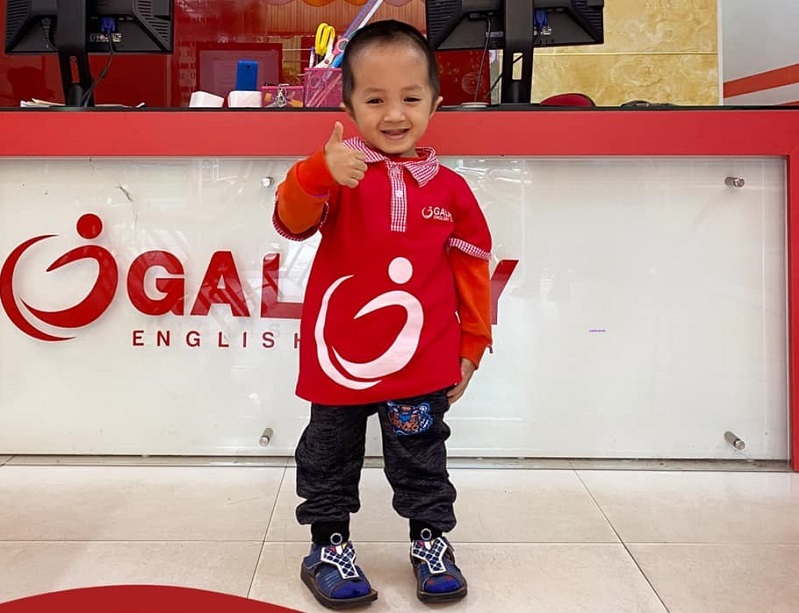 Ha TinhWhen asked, “How much is 8192+8192?”, before Mr. Trong had time to press the computer, his 5-year-old son Nguyen Quang Trieu had read the correct answer.

One morning at the end of November, on the porch in Son Trung commune, Huong Son district, Trieu sat in front of a faded plastic table, blinking at the board, waiting for her father to issue a topic.

5-year-old boy has a talent for mental calculation

Trong keeps adding the final result to the child’s puzzle, the boy repeats it in his head and then reads the answer. Not only can he speak Vietnamese, he can read the numbers thousands and tens of thousands in English. Because of bone disease, Trieu has never been to class.

The boy’s father said that since he was over two years old, when he saw his brother holding a microphone singing karaoke a few times, he could sing along. Mr. Trong taught his children to count numbers from 1-10. Unexpectedly, he could read hundreds, even read numbers in English. Not knowing a foreign language, he googled to see if his son read it correctly. “For example, I write the number 1,047 and tell my child to read it. As it reads first, Google reads it later,” said the 58-year-old father.

Unsure of the results at Google, Mr. Trong asked an English-speaking neighbor and a preschool teacher to come over for an assessment. Everyone confirmed that the number that Trieu read in English was correct.

Knowing a little Russian, the father taught his son to count from one to 10, then he could read tens by himself. He played the video teaching Japanese and Chinese, and all day, Trieu was lying under the mattress to study. Now, I can count numbers in Japanese, Chinese, English, Russian and memorize all the times tables, reading backwards and forwards are correct.

Mrs. Nguyen Thi Tinh, 63, from Son Trung commune, said: “Here, we call baby Trieu ‘super-intellectual’. Not only is he good at mental arithmetic, but he’s very cute, agile, despite his weakness.” , she said.

Vice Chairman of the Fatherland Front of Son Trung Commune, Mr. Nguyen Khac Hai confirmed this. He said that when he went to visit baby Trieu’s house, he had verified his ability to calculate mentally, “but I am not familiar with foreign languages”. The next day, he invited an English teacher to check and record a video of Trieu reading the numbers in Chinese to ask a Chinese teacher to verify.

“Everyone was surprised that the boy had not gone to school anywhere, but he read numbers in these languages. I petitioned the provincial center for the disabled to pay more attention to Trieu and create favorable conditions for him. promote talent,” said Mr. Hai.

At the end of July, Mr. Trong bought a plastic board, wrote in bold capital letters: “Ministry of Education and Training. University of large letters”, placed on the doorstep to teach his children. This is the “school” he opened to satisfy Trieu’s passion for learning and relieve his children’s frustrations due to limited mobility due to illness.

Nguyen Quang Trieu was discovered to have vitreous bone disease since the age of three months. When he was four years old, he started to learn to walk. At the age of five, Trieu had to put casts on his legs eight times. Up to now, I only weigh 12 kg, more than 80 cm tall.

Trieu was sick, so her mother stayed at home to take care of her child. Mr. Trong works as an agricultural machine repairman to support his family. However, in 2018, he was found to have terminal cancer.

In early November, local television and some social networking sites reported on the five-year-old boy’s mental math skills, an English center in Huong Son district gave him a one-on-one course to learn how to do this. suitable for baby’s health.

Mr. Trong said, from the day his son became known to many people, the family often received strange guests. People come to give Trieu gifts, play with her and test her mental math skills. Sometimes, fathers take their children to the market to buy pens and books, many people do not take money. Before eating only rice with fried eggs, now encouraged by many strangers, Trieu tried more duck and chicken dishes…

“Despite being sick and disadvantaged because of his parents’ difficulties, the boy is always cheerful and witty. Looking at him, I have more motivation to overcome the illness,” the father said.