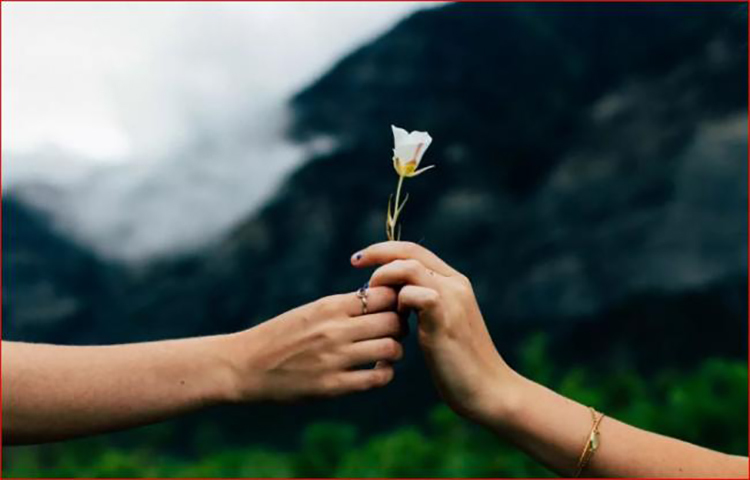 Many people blame themselves for being confused in love, but in fact, these are common psychological effects.

The halo effect was discovered in the early 20th century by American psychologist Edward Thorndlike. He found that soldiers who were commanded “right to the eye” in terms of appearance would be appreciated for their leadership ability, intelligence. intelligence, loyalty… In contrast, when a commander has a bad impression of a soldier, they evaluate that person negatively in all aspects.

The halo effect is a cognitive bias that occurs when your first impression of a person is so strong that you don’t have a right to judge them. If the first impression is good, you’ll think this person is purely positive. On the contrary, you will always see the bad points in someone who has a bad impression of themselves.

This psychological effect is not uncommon but occurs in many aspects of life, from love to work. Therefore, it is necessary to ensure the basic elements for the process of making a first impression. For example, always dress politely, take the initiative to greet first, civilized and polite words and gestures… will make a good impression on the opposite person.

In 1974, researchers Dutton and Aron performed an experiment with a group of men. They divided the participants into groups A and B. Group A had to cross a bridge across the canyon, several dozen meters above the ground and with fast-moving water below. This bridge wobbles and shakes when people cross. While group B only needs to cross a solid bridge. For both groups, when they crossed the bridge, a girl would approach by giving her phone number and contact information. As a result, group A had more people to contact and develop a desire to date the girl than group B.

When experiencing a state of stress, the human body will release the hormone adrenaline, causing the heart rate and respiration to skyrocket. Then, a series of feelings such as gnawing, fear, bewilderment, nervousness will appear. According to research, when two people experience anxiety and fear, they are more empathetic and can develop feelings for each other. The rapid heartbeat when experiencing fear will remind you of the beat of love.

If you are in a relationship but feel bored, let’s experience new things together that make your heart beat faster, then the feelings will be stronger.

The origin of the dark effect is an experiment carried out by scientists at the University of Toronto, Canada and Northwestern University, USA.

The researchers showed two volunteers a video together, one sitting in bright light, the other in dim light. As a result, viewers in strong light feel that the main character of the film is very aggressive, but in fact, this character is late for work, so there are some quick, neat and decisive actions. While volunteers in the dim light saw the main character’s actions completely normal. From this study, scientists believe that, in different lighting conditions, human psychology will also be different.

In love, when dating, should choose places with warm light, avoid places with strong light, easy to affect the other’s psychology. According to scientists, in a place with soft light, the two sides cannot clearly see each other’s shortcomings, thereby creating a sense of security, which is beneficial for bonding later.

Complementary effects in love often arise when someone shows a tendency to like you, creating sympathy for you. They will always pay attention to every move as well as every taste to please you.

At this point, as long as the self-worth of the other person is okay, you will unconsciously find their strengths and like them without knowing it.

5. The Romeo and Juliet . Effect

Two psychologists Brehm and Weintraub, USA once conducted a study. Accordingly, more than a dozen boys under 2 years old were brought into a room with two attractive toys. One is placed next to the transparent glass screen, the other is behind the screen.

For some children, a shield is installed only about 0.3m high so that the child can easily reach it. However, for other children, the barrier is installed twice as high, making it impossible for them to reach the toy.

As a result, when the barrier was too low to prevent the child from reaching the toy behind, they did not particularly like which one. But when the barrier was high enough to form an actual barrier, the kids headed straight for the blocked toy and reached for them three times faster than the unblocked item.

This is an illustration of a phenomenon known as the “Romeo and Juliet effect”. Romantics consider it a rare perfect love. Psychologists prove that love is beautiful because two people are prevented from doing so by their parents.

According to scientists, when our freedom to own something is limited, it becomes scarce and the desire to have it increases. This effect explains why the more we are forbidden, the more we try to get it right, especially in love.