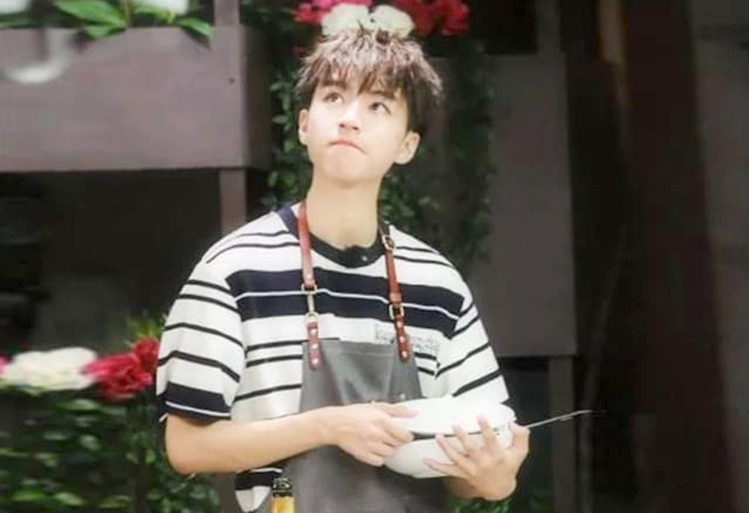 No matter how good a mother is, she cannot replace the importance of a father in educating his children.

Many family psychology studies have proven that, in the eyes of daughters, the father can be the criterion for choosing a life partner when getting married. In the eyes of his son, the father is the role model of a strong man, the breadwinner that he wants to look forward to in the future. So, what fathers do and their companionship greatly influence the child’s development.

There are 4 things a mother should let her father accompany her child.

Exercise with your child

Physiologically, the anterior and posterior brain regions of men are closely linked, and motor neurons are more developed. Most fathers have more strength, athletic ability, and an adventurous spirit than mothers.

Not long ago a father in Hunan, China cut his son’s homework by two hours to teach him sports like kayaking, skiing and survival in the wild. His 9-year-old son then obtained the American Kayak Association ACA’s Skill certificate, physically very strong, mentally always optimistic.

If you want your child to have good health and mental well-being, no matter how busy you are, you should make time to take your child to exercise. Such children can face obstacles with a positive attitude and a healthy body.

During his participation in the reality TV show Chinese Restaurant 3, in 2019, Chinese male singer Vuong Tuan Khai once made viewers admire when he spent three hours washing all the “mountain” of dirty dishes in the kitchen. At the end of the working day, he also massaged the chef’s shoulder.

Vuong explained: “My father is a good cook, and often helps my mother with housework, so I follow suit.” This singer also admitted, succeeding in his career and becoming one of the richest people born after 1990 in China thanks to the influence of his father.

With a son at home, the father should do more housework because the child can not only experience the hard work of an adult but also feel his father’s love for his mother. Growing up young will become a warm, responsible man who loves and respects women.

Having a daughter at home, the father should do more housework, because the father is the future husband model. A daughter is fascinated by every action of her father, only to understand how a man should accompany her for life.

Therefore, the father’s attitude towards housework will affect the marriage and future happiness of the child.

Dad taught me the rules, I knew the bottom line and the constraints

A 5-year-old boy entered a restaurant, saw the kid at the next table with a delicious steak, and rushed in to rob. The father apologized to the boy next to the table, then waited for his son to calm down, slowly explaining: “I understand your eagerness to eat steak, but what you did was rude. You can communicate. with that boy calmly, just like dad is communicating with you right now. Your screaming just now interrupted everyone’s meal, this is an act of disrespect for others, should be remembered in public. plus must be gentle and quiet”.

British psychologist Sigmund Freud once said: “The father in the eyes of the child is a superman who combines law, binding force, majesty and power”.

From a psychological perspective, compared to a mother’s love and companionship, a father’s actions and words influence his children more. By setting an example to establish a sense of rule in children, new fathers shape the future and happiness of their children.

Father spends more time with children, children will be smarter

Swiss psychologist Jean Piaget once said: “Infancy is an important period for children’s cognitive development, games are daily activities and the best way to educate them”.

With children, dad is always lively, not afraid of difficulties and likes to take risks. This allows children to experience a lot of fun and energizes them.

When dads play crafts and jigsaw puzzles with their kids, they get in the habit of letting the kids solve all the problems on their own. “Why isn’t this puzzle arranged correctly? Is there a problem with the colors? Think about it yourself?”; “Does crying solve the problem? What step are you thinking wrong?”

Someone once asked a question on Zhihu, China’s largest Q&A site: “What is a successful man?”. The answer of a father made many people amused.

“I care more about what my children think of me than my career success. I hope my son will say: I want to be like you. I also hope my daughter will say: I want to grow up to be Marrying a man like his father. For me, this is the most successful man.”