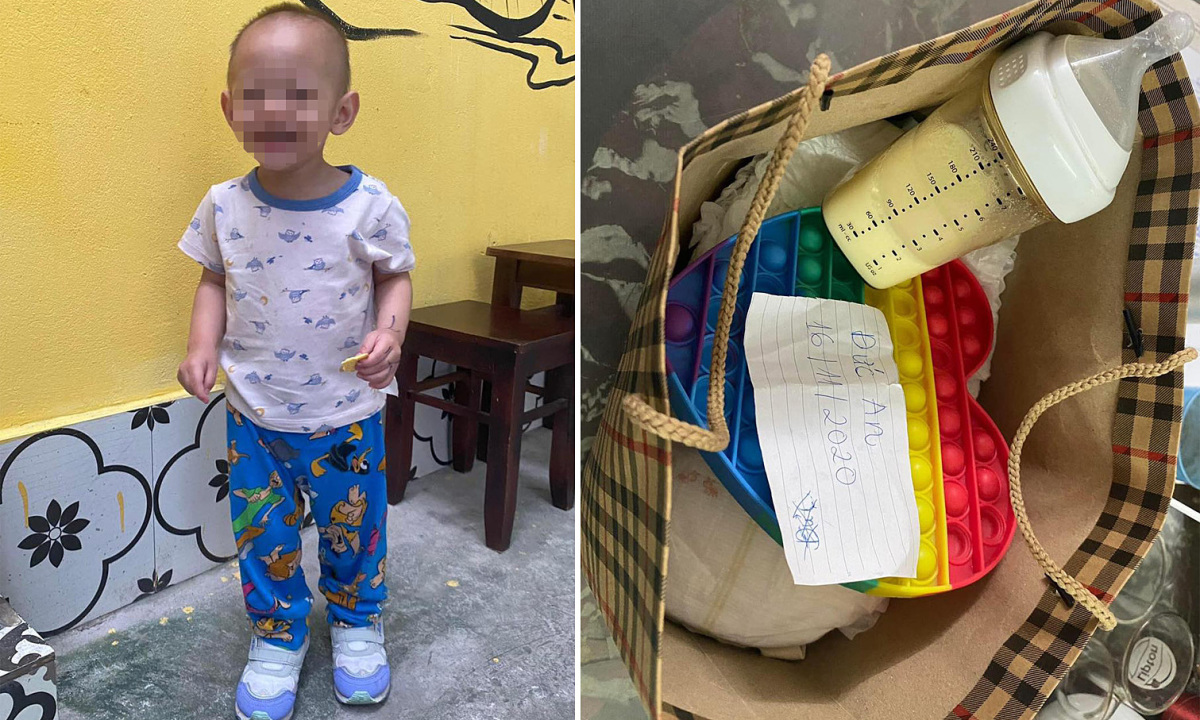 HanoiA boy was left at alley 307 Giang Vo (Dong Da) at dawn on September 28, was discovered by Mr. Duong Thai Bang, brought to a safe place and reported to the police.

Mr. Bang, the leader of the 11th street, Cat Linh ward, Dong Da district, said that around 4:30 a.m. on September 28, while exercising with a few friends, he discovered a boy standing at the beginning of the alley, hand in hand. clutching a bag of clothes, three diapers, a few toys, a bottle of warm milk and a piece of paper that reads “Duc An – 11/16/2020”.

At this time, it was raining lightly, there were almost no people on the road, so he had to take the baby to the headquarters of the residential group, and at the same time report it to the police of Cat Linh ward.

Knowing that there was an abandoned baby, people living around came to the headquarters of the residential group to inquire, buy more porridge, cakes, milk, diapers and look after Mr. Bang to work with the authorities. After completing the procedures, writing a report, at about 11 am of the same day, the baby was handed over to the ward police.

“She’s pretty, agile, plays from early morning to noon with strangers without crying. Seeing her carefree laughing and joking, even asking to be carried out without knowing she’s abandoned makes me unable to hold back tears.” Mr. Bang said.

Mr. Dang Vu Lam, 52 years old, people in the residential group also expressed sadness when they heard the news that a baby had been abandoned in cold rainy weather. “Fortunately, the baby is well cared for and cared for by the people and local authorities. We hope that he will be adopted and loved by a good family,” said Mr. Lam.

“In the morning, people came to the ward to ask for adoption, but we have not yet approved because we have to follow the correct order according to the law. The first is to clarify the identity and find the person who abandoned the baby already. only have the next plan,” Ms. Lan informed.

The story of the abandoned 2-year-old boy was shared on social networks, attracting much attention. Most of the comments were pitiful, condemning the act of abandoning the baby, wishing that the police would soon intervene to clarify the case and strictly handle it if it was determined to abandon the child.

“I hope you will be adopted by a kind family,” commented a user named Hong Phuc.