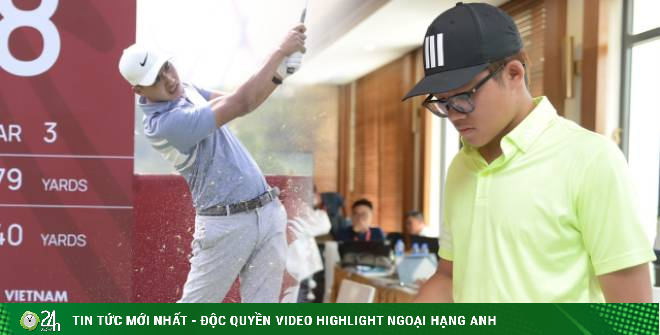 (Sports news – golf news) 138 golfers, including 9 members of the Vietnamese team attending the SEA Games, will compete at the 2022 national championship golf tournament.

On the afternoon of April 19, the press conference before the 2022 National Golf Championship – VinFast Cup took place. The tournament kicks off from April 20 to 24 with the message “Breakthrough to reach far”. 138 athletes, including 119 male athletes and 19 female athletes, will compete in 4 rounds on the Marsh course of Vinpearl Golf Hai Phong.

To ensure high professional quality, the tournament also limits the maximum handicap (Handicap) for amateur players to 6.0 for men and 10.0 for women. Held right before the 31st SEA Games, the 2022 National Golf Championship – VinFast Cup is a valuable opportunity for members of the Vietnamese national team before competing in the regional arena.

Le Khanh Hung, a 14-year-old golfer who has just been named on the World Amateur Golf Ranking (WAGR), does not place much emphasis on the championship goal but just wants to learn from experience, towards SEA Games 31: “I will try my best. I don’t expect much of this tournament, but mainly want to learn from the experience of the big athletes, thereby better preparing for the 31st SEA Games.”

Truong Chi Quan, the three-time national champion of the men’s group, affirmed that winning is his goal: “My goal when participating in every tournament is always to win. I have competed in several tournaments and this time. I feel a lot more confident. I hope I can focus so I can play at my best.” Truong Chi Quan and Nguyen Thao My, two of the national golf champions in previous seasons

Meanwhile, Nguyen Thao My sent both praise and “challenge” to her senior Ngo Bao Nghi, who competed with her for the women’s championship: “This is the first time I have competed with Ms. Bao Nghi in Vietnam. Male.

The two sisters have known each other for 10 years. I’m really excited because the two sisters have many memories of playing together in the Vietnamese team’s shirt. Ms. Bao Nghi has guided me a lot and was an example for me when I first started practicing golf. I hope this time the two of you will have a good time together, of course I will do my best.”

According to the organizers, with 18 par 72 holes, 7508 yards long, the golf course taking place in the tournament is designed with high difficulty from the natural swamp terrain, it is not easy for athletes to overcome the “pitfalls” present in the golf course. throughout the yard. This makes the competition for the championship all the more interesting.

Deputy General Secretary of the Vietnam Golf Association, Mr. Nguyen Thai Duong emphasized: “This is the last reagent and preparation for the national team before the 31st SEA Games. Due to the complicated developments of Covid-19, athletes are not get the best status,

Attending this tournament right next to the SEA Games, they can have better readiness, and at the same time gain more experience when competing with veteran athletes, the opportunity to learn (SEA Games only amateur athletes participate in). attend). After this tournament, we will have a few short days off before entering the focus of the national team to prepare for the 31st SEA Games.” The organizers believe that the golf tournament will help the national team members to have the best preparation before the 31st SEA Games held at home. Panorama of the golf course hosting the tournament 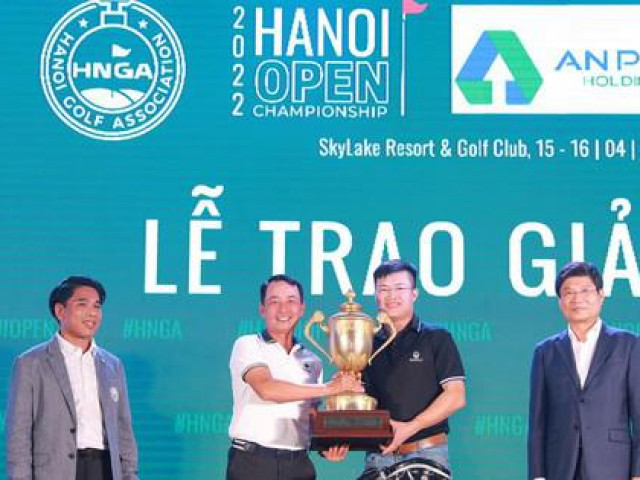