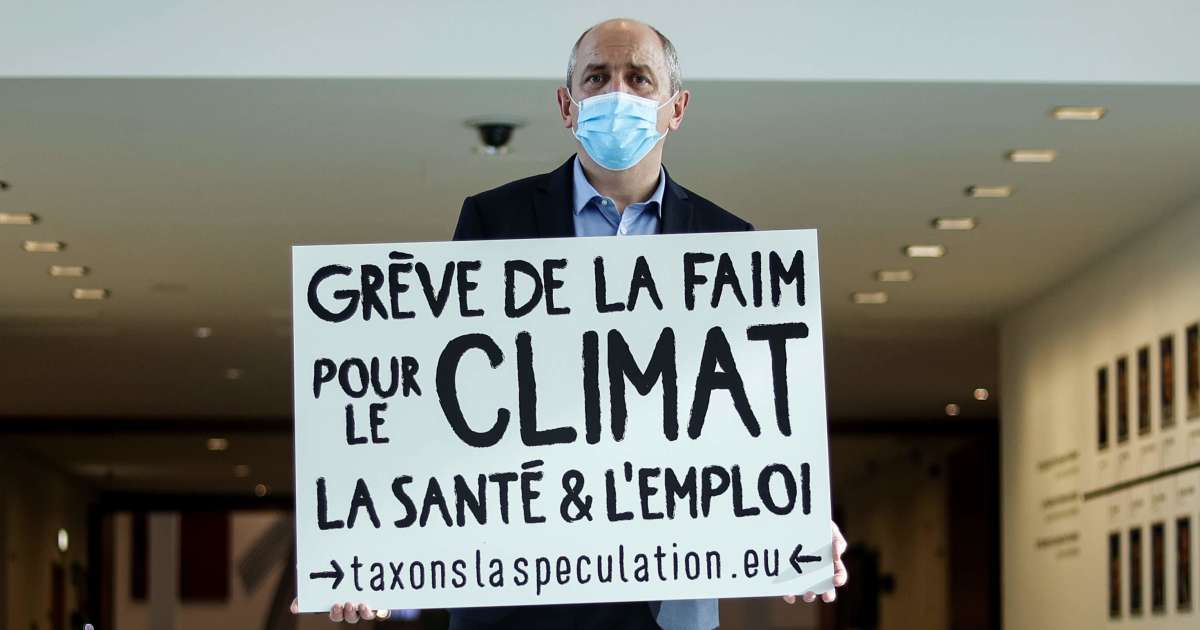 Elected from the Nouvelle Donne movement to the European Parliament in 2019, affiliated with the Socialists and Democrats group, Pierre Larrouturou, 56, was appointed budget rapporteur. The position rotates every year, but it is particularly important in 2020: this year we vote on the budgetary framework for the period 2021-2027, seven years.

The Parliament adopted by a large majority the principle of the establishment of a tax on financial transactions from 2024. But without specifying for the moment neither the rate nor the base. But Pierre Larrouturou wants to go further. He would like to move forward on the terms and push those defined by the Barroso Commission, liberal, in 2011: 0.1% on each purchase of shares and 0.01% on bonds or high frequency trading, which would bring in 50 billion dollars. euros per year for climate, health or social issues.

France and Germany are not opposed to a tax on transactions – moreover it already exists in France on shares – even if the two countries are mainly mobilized on the carbon tax at the borders or on the Gafa tax. So they say they do not understand his hunger strike. Some parliamentarians are also wondering about his activist behavior, which risks upsetting the German presidency. He is a little alone in a deserted parliament, because the other deputies work from home, Covid obliges.The Google tax, a repeated fiasco

Larrouturou called on the “people” of the climate for support: Cyril Dion, Nicolas Hulot and many others who defend him on his Fabebook page and during live broadcasts.

Larrouturou should not be underestimated. Few politicians are so tenacious and ready to sacrifice. The fruit of a Catholic education? He claims it but corrects: “I am not a martyr. “ He is reasonable: he will go on hunger strike until 9 or even 11 November, when an agreement on the budget must be found between Parliament, the Commission and the Member States. He is under the supervision of the parliamentary doctor: with regular electrocardiograms, he drinks water enriched with mineral salts. “I don’t want to encumber emergencies”, he specifies.

This is his third hunger strike. The first date of 2005. He wanted to warn against the inevitability of the financial crisis. He was at home. She had done pschitt. He’s joking about it today. The second dates from 2013, before the National Assembly this time. He wanted Jean-Marc Ayrault to change his policy. He stopped after a week, having believed to receive positive signals from Matignon.

He is one of three MEPs sanctioned by the presidency of the European Parliament (the other two are the Frenchman Manon Aubry and the extreme right Greek Ioannis Lagos). His breach of the rules? He facilitated access to the Parliament building for climate activist Greta Thunberg and her friends. However, he did not fall into line with this hunger strike.

Before launching his fight, he published a book: “Today, the spirit revolts. Social crisis, climate crisis: 7 solutions to avoid collapse ”. This is his eighteenth work, according to our count, he no longer knows… He co-signed essays with Stéphane Hessel, with the latter’s daughter Anne Hessel, with Michel Rocard and with Jean Jouzel, all seduced by his taste for justice, for the defense of the climate and by this indefatigable enthusiasm that journalists know well.

This is his first fight, his great cause, which he still defended in “l’Obs” last September: the four-day week. She did not fall from the sky. Pierre Larrouturou, graduate of Agro and Sciences-Po, was working as a consulting engineer at Andersen Consulting when he was enlightened. One of his brothers – he has four – goes on odd jobs and hassle, failing to find a stable job. He then took it into his head to reduce mass unemployment. We are in 1992. He will convince the deputy UDF Gilles de Robien, who will pass a law on the reduction of working hours in 1996. The left will vote the 35 hours in 1998.

Is the 4-day week the cure for the crisis?

Some blame him for his back and forth to the left, between the PS and the ecologists, via Nouvelle Donne… But no one can blame him for lacking consistency in the ideas he defends.